Today the wonders of technology have reached even the artistic side of our society. You can type up a few words describing what you want to see, and in just a few seconds, the AI (artificial intelligence) will dig deep into its database of pictures to stitch up an interpretation of your query. The pictures used in that process are usually other artists’ work which is why two camps were formed: those who think AI art is real art and those who think it’s blatant theft. Moral ambiguity aside, some of the results presented by popular AI brands are quite fascinating.

One such AI artist is Ben Mornin from Hungary. He has plenty of experience being a 2D graphic designer and illustrator, so you know his AI-generated works will live up to people’s expectations. So far, it seems Ben has been elbow-deep in figuring out how to make the fancy AI called Midjourney produce realistic but still stylized pictures of toddlers combined with popular characters from movies, TV shows, and games, including Marvel characters, Stranger Things, Star Wars, the Lord of the Ring, Friends, and, of course, JK Rowling’s saga about a certain wizard boy.

So if you’ve ever wondered if the characters from the Harry Potter world would look cute in their baby forms, get ready to learn the truth.

You can definitely see the young Daniel Radcliffe’s face in here. 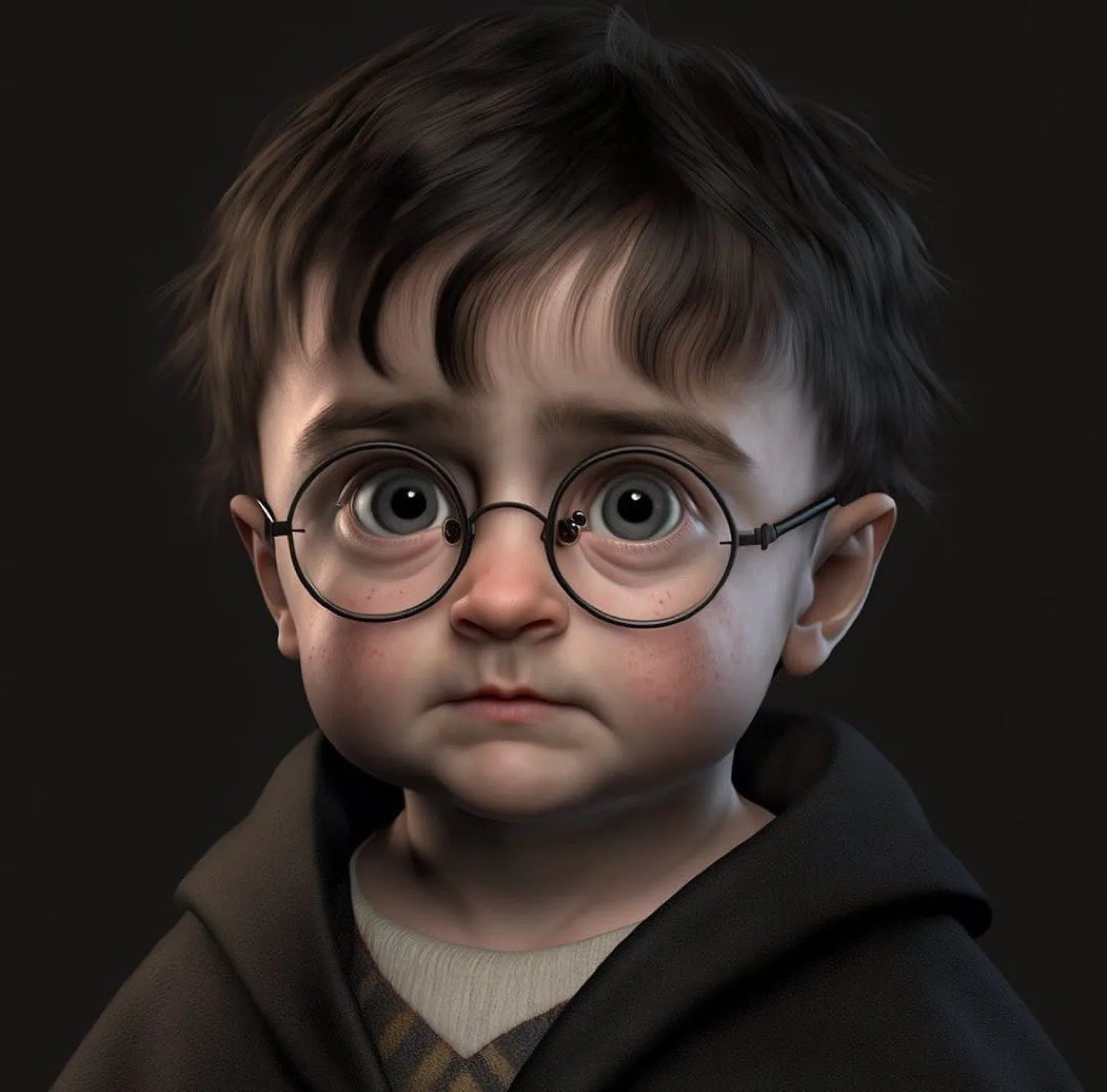